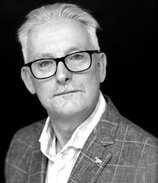 After a career in the British intelligence community Anthony established himself as a respected defence writer and military historian. For many years he was the terrorism and security correspondent for intersec - The Journal of International Security.

He is a highly prolific author, feature and script writer - with over 500 articles published in print and online for a wide range of publishers and media outlets.  He has also written over 60 books, some of which have been translated into half a dozen languages.

He is a regular public speaker - appearing on Channel 4, Sky News, BBC Radio, RT and numerous podcast shows. Anthony has also worked with TV production companies such as the History Channel and France's Imagissime.

Anthony recently completed a major study of Winston Churchill's military and wartime experiences, which was published at the end of November 2021. Described by the International Churchill Society as 'compelling' he launched this book in America at the US National WWII Museum in New Orleans.